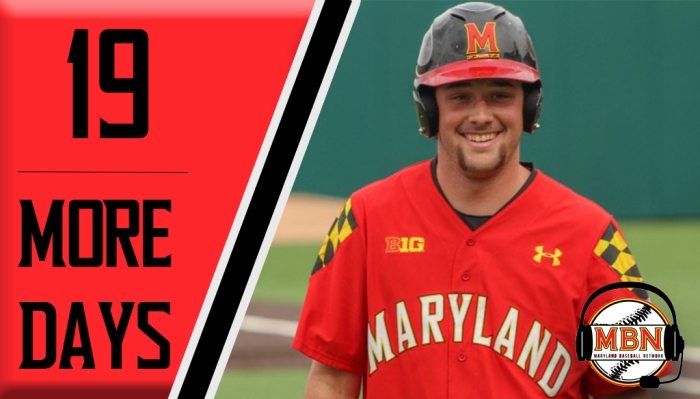 The stands at Bob “Turtle” Smith Stadium were filled with fans during the last weekend of March. A group cheered loudly for then-senior Kevin Biondic, as the Terps took on the Northwestern Wildcats.

These supporters waved cutouts of Biondic’s face in the air, their own homemade mini “Fatheads” with popsicle sticks taped to the back.

That Sunday, in the rubber match between the two Big Ten foes, Biondic saved the day, the game and the series to lead the Terps to their fourth come-from-behind series win of 2018.

It started with a home run at the plate and ended with him on the mound, as the Terps rallied back to win 4-3.

When Biondic stepped into the box in the bottom of the eighth inning, Maryland trailed 3-2 with two outs. In the at-bat prior, outfielder Marty Costes singled through the left side, giving Biondic a chance to put the Terps ahead for the first time all game.

But the first baseman was 0-for-3 on the day. That did not last, however, and the senior sent a shot deep, crossing overtop the left-center wall as the stands erupted in cheers. With his home run, Biondic put the Terps up 4-3 heading into the ninth.

But his work for the night was far from over. After transitioning into a two-way player the prior summer, adding pitching to his arsenal, Biondic became a reliable reliever for Maryland. For that reason, head coach Rob Vaughn turned to Biondic for the 27th and final out of the game.

Entering the game with the bases loaded and two outs, Biondic needed to prevent the Wildcats from staging a devastating comeback against the Terps. The right-hander forced a flyout to left field, securing his second save of the season with the help of left fielder Will Watson’s sliding catch.

Not only did Biondic supply the Terps’ game-winning run with his homer, but he also ensured the Wildcats would head home to Chicago with the series loss. The momentum from the two-run shot energized the whole stadium, and Biondic left the field the hero of the day.