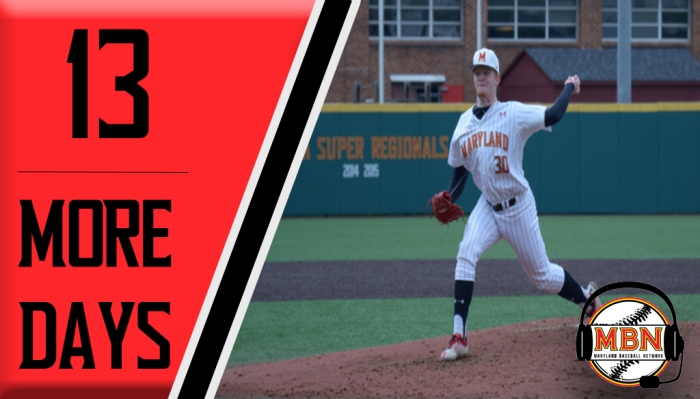 After the 2018 Maryland baseball season ended just shy of a postseason appearance, many Terps took their talents to summer leagues around the country. Five pitchers in particular looked promising in the offseason, something that head coach Rob Vaughn will hope carries over into this spring.

Senior right-hander John Murphy had himself quite the season for the Sanford Mainers in the NECBL. He racked up five saves as the go-to closer for his squad while only allowing seven hits in 15.2 innings of work. He earned a 1-1 record with a 2.87 ERA and a 0.96 WHIP, earning himself a number of accolades.

Murphy was named the league’s pitcher of the week in the second week of the season, where he held his opponents to a .154 batting average while striking out eight batters in four innings. In the middle of the summer, Murphy was named to the NECBL All-Star team and garnered first team All-NECBL honors at the end of the summer.

Redshirt-sophomore reliever Mike Vasturia also had himself a good summer on the bump with the Sanford Mainers. The right-hander led the team with only two walks allowed and a 1.68 ERA in 13 appearances.

Sean Fisher completed the trio of Terps on the Mainers last summer, where he became an instant fan favorite. The sophomore southpaw allowed two earned runs in 18 innings of work while also adding 20 strikeouts to his resume. His performances earned himself a spot on the NECBL All-Star team alongside Murphy.

Maryland junior righty Elliot Zoellner was in relief for the Bethesda Big Train last summer in the Cal Ripken Baseball League. With a 1-0 record on the year, Zoellner let up only one earned run in 14 innings, giving him a team-low 0.64 ERA on the league’s co-champion squad.

The most successful starter for the Terps last summer was junior Zach Thompson, who had to sit out last season due to transfer rules. In eight starts for the NECBL’s Mystic Schooners, Thompson finished with a 2-1 record while striking out a team-high 47 batters. The right-hander was honored as the NECBL Pitcher of the Week in the eighth week of the summer, where he fanned 11 batters in just six innings of work.