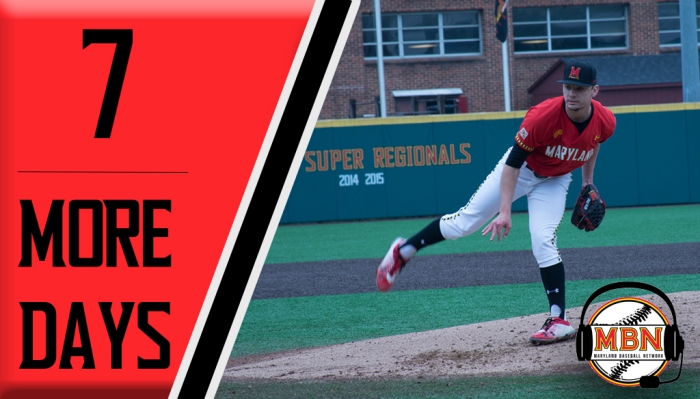 Maryland baseball season is just one week away. Over the last two weeks, The Maryland Baseball Network has reviewed the best moments of head coach Rob Vaughn’s first year at the helm, highlighted the best offseason performers and broken down several notable things revealed at spring sports media day.

Now, with just seven days left until the Terps take on Campbell in the season-opener, it’s time to shift our efforts to what’s to come in the next few months — beginning with a breakdown of Maryland’s definite and potential starting pitchers for the 2019 campaign.

This time last year, there was a clear starting weekend rotation and questions marks for the midweek roles that never seemed to disappear. With healing injuries and unproven newcomers, senior Hunter Parsons taking the mound on Friday nights is really the only sure thing when it comes to the Terps’ starting rotation.

The right-hander was a breakout pitcher for Maryland last season. He led the pitching staff in nearly every statistical category, including wins (5), innings pitched (89) and strikeouts (62). He also led the starters with a 3.44 ERA and a 2.3 K/BB ratio.

There was no shortage of unforgettable moments with Parsons on the mound, which featured two complete games in March. The latter came against NCAA Super Regional bound Stetson in a dominant two-hit complete game shutout.

Parsons began last year as the Sunday starter, where he overcame an eight-run outing in his first inning of the season. After that performance, the righty shined for the remainder of his junior campaign and finished it in the Friday night role that he’ll return to this season. 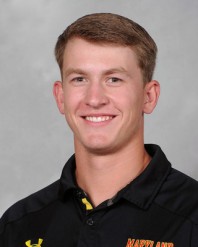 The only other definite piece of Maryland’s weekend rotation is southpaw Tyler Blohm, who has spent each of his first two seasons in that role. However, he might not be ready for the the start of the season.

At spring sports media day, head coach Rob Vaughn confirmed that the injury that sidelined Blohm at the end of the last year might prevent him from being ready for the 2019 campaign. Blohm has been back on the mound in practices, but it’s unknown when he’ll take the mound for the Terps for his junior season.

Blohm took a slight step back last season after winning the Big Ten Freshman of the Year in 2017. After posting an 8-6 record with a 3.48 ERA, the lefty had a 4.10 ERA last year and dealt with an injury by the end of the season. He was just named to D1baseball’s top college prospects list this week, so when Blohm eventually gets back on the mound, a bounce-back season could be his last in College Park heading into the 2019 MLB Draft.

The rest of the rotation is still quite unclear heading into the season, including the Sunday starter and midweek roles. Last year, though, right-hander Mark DiLuia started in 12 games — the most of the Terps’ freshman class.

His primary role for most of the year was starting midweek games, where it took some time for DiLuia adjust to college competition. When injuries starting popping up in the weekend rotation with Maryland’s Friday and Saturday starters, DiLuia played a huge role in trying to fill in when the the rotation became disfigured.

With nine new pitchers on the roster this season, DiLuia might not be needed in the same starting role he was in a year ago. But if needed, the sophomore has a dozen starts under his belt already. 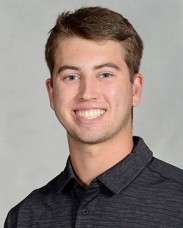 After transferring from St. Mary’s College of Maryland, a Division III school, right-hander Zach Thompson was forced to sit out last season. Now, he’s making a strong case for a weekend rotation spot with a year of watching from the bench behind him.

Vaughn raved about Thompson at spring sports media day, noting the eight batters he struck out in three innings of an intrasquad scrimmage. With Blohm’s status uncertain heading into the season, Thompson could slide into his role for the time being. Thompson and Blohm are former teammates from their high school days at Archbishop Spalding.

Thompson started in nine games during his time at St. Mary’s College — the most on the team. He tossed one complete game while striking out 56 batters and walking only 17 in his one season with the Seahawks. 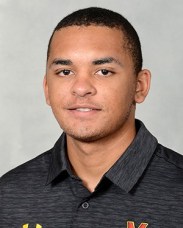 Perhaps the biggest surprise of the Maryland baseball offseason is the emergence of right-hander Daniel O’Connor. A Maryland native from Calvert Hall College High School, he joined the team as a walk-on in the fall.

O’Connor was one of the stars of a highly successful Calvert Hall team in 2017, one that went 27-4. Last spring, the righty was named to the All-MIAA team before coming to Maryland.

Vaughn also talked very highly of O’Connor at spring sports media day. The freshman walk-on might also find himself in the rotation at some point, whether it be in midweek matchups or potentially on the weekends.

Right-hander Trevor LaBonte is another freshman who could make his way into at least a midweek role for the Terps in 2019. Maryland struggled to win or find consistent quality pitching in midweek games last season with a lack of available arms, but Maryland’s large incoming class at least gives Vaughn and his staff options.

LaBonte is coming off an unheard of senior season at York High School in Maine. He went a flawless 10-0 with an 0.83 ERA, earning him the Western Maine Player of the Year. The three-sport athlete is now in College Park, and he could be another instant contributor from the freshman class.

Like Blohm, left-hander Drew Wilden is also in Maryland’s rotation plans according to Vaughn, but he might not be ready for the start of the season either.

After joining the Terps as one of their top recruits, Wilden missed his freshman season after receiving Tommy John surgery. He just recently got back onto the mound and might not be ready for meaningful game action just yet.

While Wilden’s status is also uncertain heading into the season, Vaughn did say to look for him to continue to make strides back from injury and potentially jump into the starting rotation.