Heading into the 2020 season, head coach Rob Vaughn will have plenty of options as he tries to mold his starting rotation, but it won’t be an easy decision. After losing ace Hunter Parsons to the 2019 MLB Draft, the pitching staff will attempt to find its next anchor with much of its bulk returning.

Here’s a look into how each starting pitcher is expected to be utilized in the 2020 season: 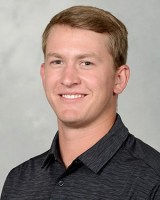 Blohm has seen his number of starts dimish over his college career, morphing more into a bullpen arm and midweek although he remains in the mix for a rotation spot as he heads into his final year at Maryland.

He started six times last year, finishing with a 1-2 record and a 5.74 ERA over 15 2/3 innings pitched. While Blohm spent part of 2019 recovering from an injury, the hope is that he can return to what he was prior to last year.

Thompson spent all of his 2019 season in the weekend rotation, manning the No. 2 spot in the staff. He finished the year with a 5.08 ERA but had shown plenty of glimpses of why he may end up starting on weekends for another season.

In four straight starts in March, Thompson compiled a 2.59 ERA including one eight-inning start versus Eastern Carolina.

The returning junior pitched most of 2019 out of the bullpen, but heading into 2020 Vaughn is eyeing Fisher for a potential rotation spot.

Fisher spent his summer pitching in the Cape Cod Summer League for the Brewster Whitecaps, and he dominated with a 3-0 record while compiling a 2.84 ERA over 25 1/3 innings pitched.

Wilden had 11 appearances last season, including five starts, and put up a 5.82 ERA in 17 innings pitched.

Although his role could be more heavily-based in the bullpen this season, he could see some early midweek starts as Vaughn works to solidify his starting rotation. 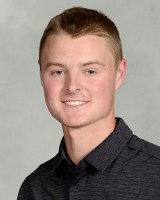 LaBonte served as the backend of the Terps’ weekend rotation for the majority of last season, after an initial bullpen role.

Although he finished the season with a 5.98 ERA, he displayed bright spots, including an eight-strikeout, one-run performance versus a powerful Creighton offense, over the course of the season.

After being injured for all of 2019, the 6″6′ redshirt freshman will definitely be in the mix for the starting rotation, according to Vaughn.

Vaughn described Burke as having “electric stuff,” and it’s expected that the same pitcher who went 5-0 with a 0.44 ERA in his senior year of high school will be ready to provide a major impact to the Terps’ rotation.

Before missing time during his senior year at high school recovering from an injury, Dean had helped his high school win a district championship in his junior year with a 1.16 ERA with 60 strikeouts over 48 1/3 innings pitched.

Dean is “in the mix” for a starting spot this season, according to Vaughn, who has praised the freshman’s talented arm.

The lefty freshman was named 2019 New Jersey Pitcher of the Year and was drafted by the Cleveland Indians in the 36th round of the MLB Draft, but opted to instead play at Maryland.

Bello led his high-school team with a 19-2 record and a 255/30 strikeout-to-walk ratio; he was named All-state twice during his junior and senior years. Ramsey is also ranked fourth among all New Jersey left-handed pitching prospects, according to Perfect Game.

Vaughn described Bello as a tough kid, “cut from the same cloth as [Sean Fisher],” during his media presser on February 29. Bello definitely earned that description after picking up several accolades during his high school career, including 2019 Catholic High School Athletic Association (CHSAA) Player of the Year.

According to Perfect Game, Bello is the fourth-best right-handed pitcher out of New York and the tenth-best overall in the state.