After a 3-0 road trip to kick off the 2020 season, the Terrapins will be opening up their home schedule when they host the Rhode Island Rams this weekend. Maryland returns to College Park after dominating a trio of Charleston Southern, Iona and College of Charleston, outscoring the three teams 23-6 on the weekend.

Rhode Island wasn’t as fortunate as Maryland in its first three games of the season, putting up a 1-2 record, including two blowout losses (7-3, 8-2) versus Lamar on the road last weekend.

The last time the Rams clashed horns with the Terps was in a similar fashion, facing off in the teams’ second series of the 2016 season. Maryland bagged two of the three games, the first of which featured an eight-inning shutout performance by former Terp and current Boston Red Sox pitcher Mike Shawaryn.

With Maryland’s pitchers showing nothing but pure dominance in its opening series, they’ll look to replicate Shawaryn’s past work against Rhode Island and keep the train rolling. Despite the Terps’ rotation not being set in stone, they’ll run out the same starters this weekend — Sean Fisher, Nick Dean and Sean Burke — according to Maryland head coach Rob Vaughn. Between the three, they only surrendered three total runs over 15 innings pitched while racking up 19 strikeouts.

As for Maryland’s offense, the plus-17 run-differential last weekend speaks for itself. But, the biggest highlight from the opening weekend was the hitting prowess displayed by freshman outfielder Tucker Flint. Flint, ranked the No. 1 recruit out of Rhode Island, paced the Terps with a .545 batting average in 11 at-bats and currently leads the Big Ten with a .667 on-base percentage.

“That’s a really competitive kid,” said Vaughn about the Rhode Island native. “He’s got a really high level of confidence and that’s what you need to be a good hitter in this league.”

Meanwhile, Rhode Island’s bats weren’t as strong, combining for a .194 batting average through their three games, although redshirt-sophomore Joe Fortin (.400 average) and freshman Alex Ramirez (.300) seem to be the early offensive leaders.

Rhode Island finished the 2019 season with a 24-29 record but going 14-9 within the Atlantic 10, good enough to make it into the conference’s tournament. But as the No. 6 seed in the tournament the Rams suffered a first-round loss to the Dayton Flyers.

Starting the season 1-2 isn’t the start that Rhode Island likely wanted, but one win is better than none. With a collective .569 on-base plus slugging percentage through three games, the Rams’ offense seems to be having some early struggles.

Rhode Island only has three hitters with an OPS greater than .750: Fortin, Ramirez, and junior Jackson Coutts. Coutts is right on the fence with a .250 OBP and .500 slugging percentage, but Fortin and Ramirez have carried the offense so far with a .971 OPS and .800 OPS, respectively, in the early season.

“Their Friday night guy can really, really pitch,” said Vaughn of Rhode Island sophomore Justin Cherry. “He’s only a sophomore, but he’s got a really, really good feel for what he’s doing.”

Cherry threw 6 1/3 innings in his start against Lamar, striking out seven batters while giving up just one earned run.

But the Rams also have some solid arms in their bullpen; after its opening weekend Rhode Island boasts three relievers with 0.00 ERAs after throwing at least one inning, including redshirt-senior Tyler Brosius, who tossed six strikeouts in 3 1/3 innings over two relief appearances, including one save. 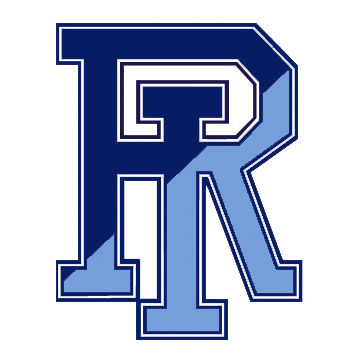 In 2019, Cherry only spent half of his time pitching, as a two-way player he took reps in the infield as well. But what’s important is that Cherry made nine starts last season, pitching to the tune of a 2.93 ERA over 55 1/3 innings.

Fisher kicked off the 2020 season in quality fashion, pitching 5 1/3 innings with zero earned runs to go along with five strikeouts. After struggling out of the bullpen in 2019, Fisher will look to continue his success as a starter.

Robinson spent the earlier half of his college career pitching out of the pen, but he was given the opportunity to start ten games in 2019 where he went 2-7 with a 6.13 ERA. In his first start this season, he was lit up by Lamar for three runs, six hits, and a walk over just 3 1/3 innings. Robinson is also the younger brother of former Maryland left-hander Alex Robinson.

Dean’s first career start went just as well as a freshman could imagine, as he struck out six batters while limiting Iona to only two runs over 4 2/3 innings. With a foundation to build on, Dean will seek to repeat that performance versus the Rams.

After posting a stellar 2.23 ERA over 60 2/3 innings in his freshman year, Jangols has seen that number increase each year since, as his 2019 ERA reached 6.61. While he spent his first three years at Rhode Island pitching half of his appearances out of the bullpen, Jangols received the ball versus Lamar and pitched 4 2/3 innings, giving up just one earned run.

Vaughn perfectly described Burke’s start against Charleston as “electric,” after the redshirt freshman showed his team what they missed last year while he recovered from an injury. Burke tallied eight strikeouts over just five innings, setting a great first impression heading into the Terps’ home opener and the remainder of the season.